Handing Out the Hardware

Late April means the minor hockey season is wrapping up, the snow is finally melting, and it’s time for the DBOA Annual General Meeting!  Officials gather each year to bid each other a good summer, debate wording of our constitution, enjoy a few snacks, and recognize our award winners for the season past!

A few of our award winners are featured below.  Be on the lookout over the summer for some “Official Profiles” where we will go more in depth with our winners, to find out more about how they got into officiating, what they love about it, and more! 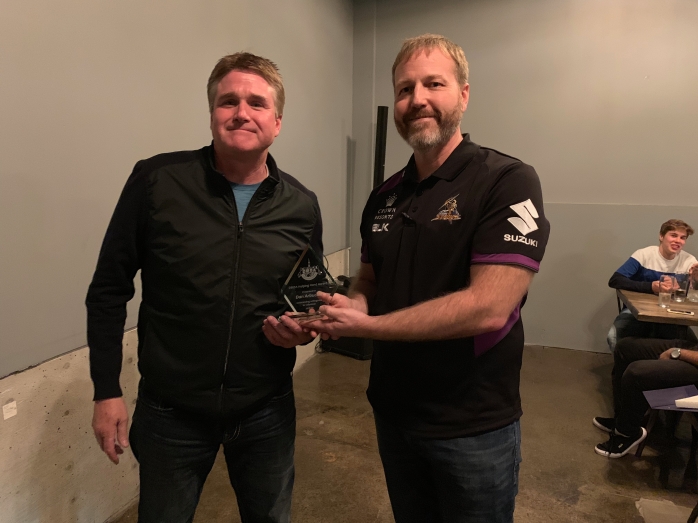 Not long after the AGM, Hockey Eastern Ontario announced the winners of the Officiating Branch Awards.  The selection pool for these awards is not only officials across District B, but officials all across HEO.  We were proud to have one of our DBOA officials honoured, Abbey McMillian, as Most Promising Official in HEO.

Congrats to all the winners!

← DBOA Bids Farewell to One of its Own
Official Profile: Tyler Glenn →